One of Hallmark Channel's most popular actors talked with Newswatch 16 about filming during COVID-19. Plus, meet his manager, who helped him rise to the top. 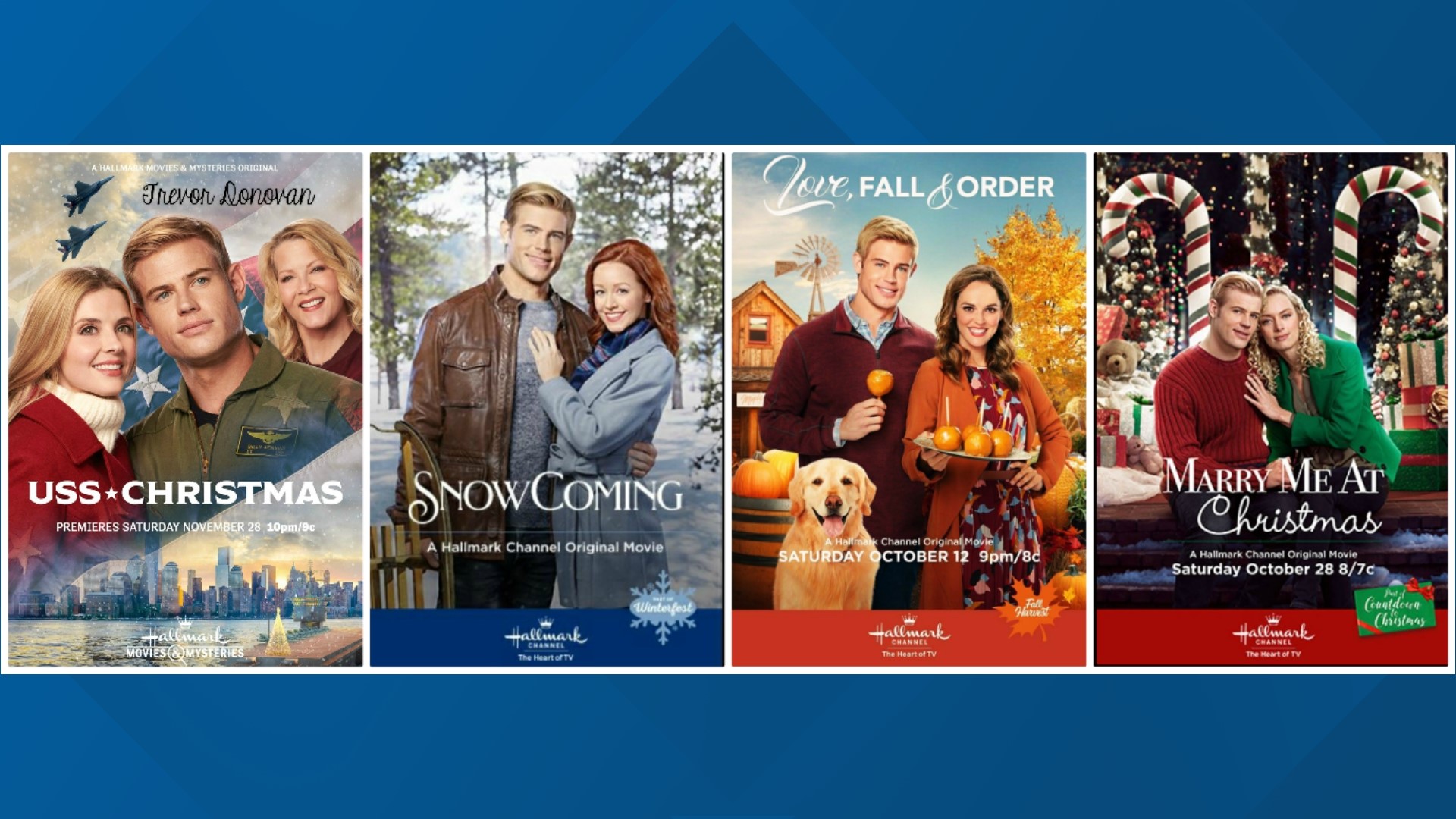 SCRANTON, Pa. — Hallmark Christmas movies. They get us in that festive holiday mood and continue to bring so much cheer to many, especially during the pandemic.

And get this: one of Hallmark’s most popular stars, Trevor Donovan, owes much of his success to a man from our area.

Many of you also joined in on this segment to share some of your favorite Hallmark movies and actors.

When Hallmark made its 2020 splash of Christmas movies starting just before Halloween, so many of us came abroad early. Ready to take off and take a break from the stress surrounding the pandemic.

Trevor is one of Hallmark’s most popular stars. He talked with Newswatch 16 recently from his home in California. His latest role? Playing a fighter pilot, Lt. Billy Jenkins, in the movie USS Christmas.

How to watch Trevor in USS Christmas

If you missed it, USS Christmas is scheduled to air again on "Hallmark Movies & Mysteries Channel" at 8 p.m. on December 23, 2020. And, on Christmas Day at 11 a.m. Since these times may change, your best bet is to click here to keep up to speed on the USS Christmas airdate.

Trevor says whether it's his role as Lt. Billy Jenkins or others he's played, most carry an "easy-going vibe."

Keeping things "easy-going" right now is what Trevor agrees we could all use during these tough times. It’s also why Hallmark remains in the top five most-watched cable networks, releasing 40 new feel-good movies this season that viewers are flocking to watch.

How Hallmark movies were made during the pandemic:

"How did it all work?" Ryan asked.

"It was really bizarre because showing up, you know, everyone has to have a mask. And if you're around an actor, you have to have a shield as well," Donovan said.

Not to mention almost daily testing for everyone and sometimes hotel quarantines. All while trying to get into the Christmas spirit on the movie set in the middle of summer.

"It's really hot. Wearing all these big down coats, jackets and scarves. Sweat starts dripping off the brow into my eyeballs," Donovan said.

"So you're like, 'Merry Christmas,' and you're just drenched?" Ryan asked.

Regardless, Trevor says his Hallmark jobs have been "heaven-sent."

Trevor owes much of his success to his manager – Michael Yanni of Scranton:

Trevor’s manager, Michael Yanni, grew up in North Scranton right along Wood Street. Many locals know it as the “Bulls Head” section of Scranton.

"I am the youngest of eleven, 8 girls and 3 boys from the same parents if you can believe it. And, I always wanted to be in the entertainment industry," Yanni said.

Among one of his most memorable Hollywood jobs? Actor Val Kilmer’s personal assistant:

"The Scranton values are what helped me survive Los Angeles for sure. I was fired by Val four times because I wouldn't tell him what he wanted to hear all the time. They like that here because they're not used to it." Yanni said.

He also viewed each experience in Hollywood as "a gift."

And it’s that kind of positive, humble, and “remembering your roots” kind of attitude that Michael credits for helping him make his mark on Tinsel Town. He also held other roles in the entertainment business ranging from Paula Abdul’s personal assistant to running the VIP meet-and-greets for the “Britney Spears – NSYNC Tour.” Fast forward years later, Michael became Trevor Donovan’s manager helping him to land some big roles.

"One month after working together, Trevor booked 90210," Yanni said.

Despite quite a career in Hollywood, Michael says there are still some things he’s only found in Scranton.

"The closeness of friends and family, like everybody, knew each other on our street," Yanni said.

It’s something Michael misses while now living in California. That closeness he described was something he really experienced and enjoyed during his favorite neighborhood event, St. Anthony’s Picnic in North Scranton. Parishioners say the picnic ended in the late 1990s. It's an event Michael hopes is revived by his longtime friends from his neighborhood.

"I will be there with bells on," Yanni said.

And now, even after decades of success in show business, Michael shared with us the one bucket list item he always wanted to check off.

"I remember WNEP because you guys had Hatchy Milatchy, right?"

"I always wanted to be on that show. I never got to be on," Michael said.

Ryan asked Michael: "Do you still remember the theme song?"

"(singing) In the land of Hatchy Milatchy," Michael belted out.

Memories of our area from a Scranton native who has helped make stars in Hollywood but never forgot where he came from.

You can hear Ryan's entire interview with both Trevor and Michael in this Podcast.

Both men had a lot more to say than just what you saw on Newswatch 16 This Morning.

Trevor talked about his rise in show businesses. He describes how he went from a modeling career to becoming an actor. Plus, hear more about his big break on the revamped version of 90210, his love for his dogs, the anti-bullying programs he spearheads, and more information about his new movie "Two For The Win." It’s scheduled to hit the Hallmark Channel on Saturday, January 16, 2021, at 9 p.m.

By the way, Trevor also answered that big question from viewers on social media: "why does it feel like every Hallmark movie has the same plot and storyline?"

As for the interview with Michael Yanni, Trevor's manager, he too had more to say, including what makes our area's neighborhoods so special compared to what he's experienced in California. Plus, Michael shares a message to younger kids in our area looking for a career in show businesses.