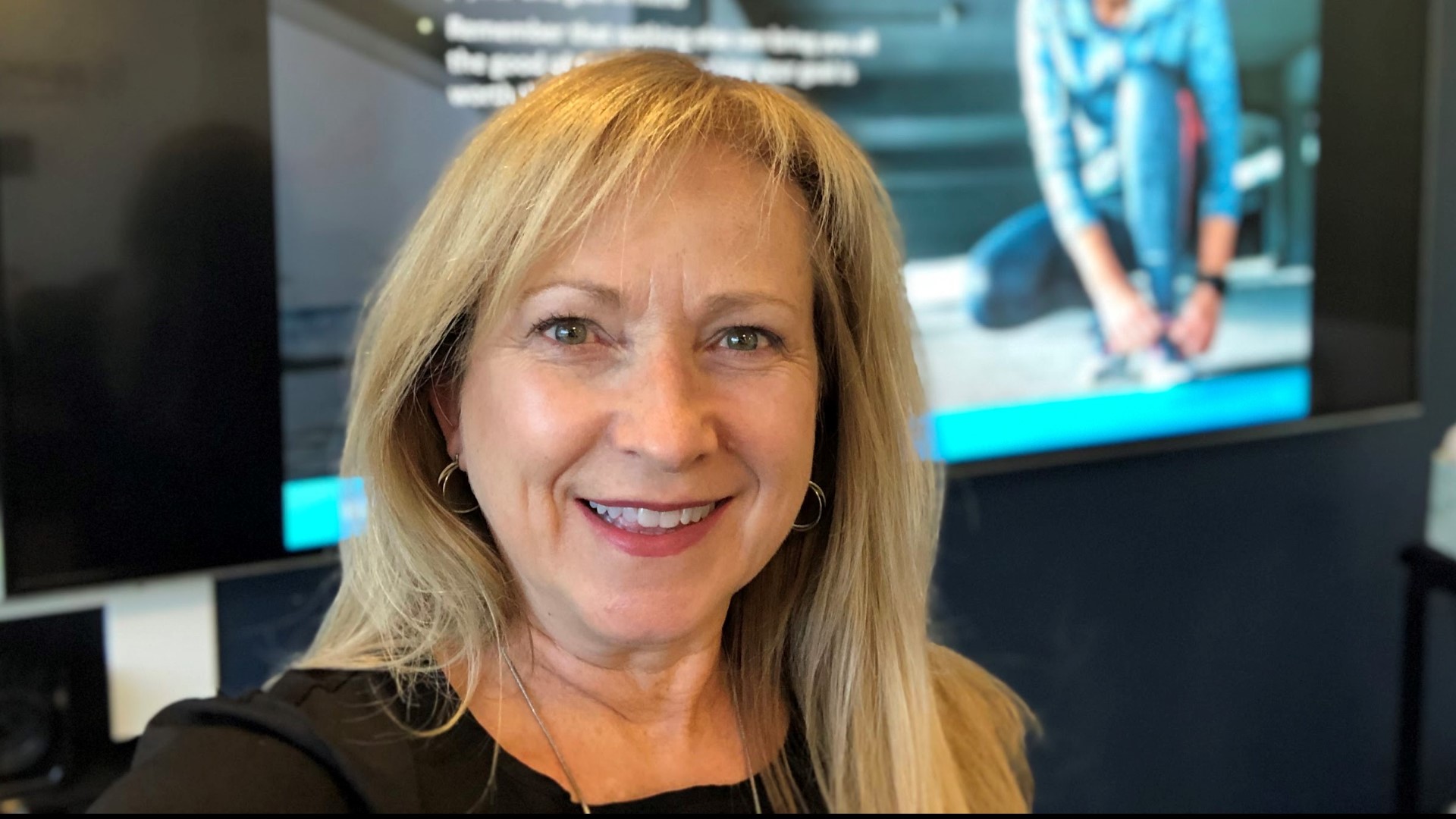 CLARKS SUMMIT, Pa. — The Lackawanna County mom has been on the speaking circuit in our area and country for quite some time, offering all sorts of trainings and workshops for all sorts of companies and interacting with various corporate leaders.

Of course, if that last name, "Rippon" sounds familiar. There’s a good reason: Olympic figure skater Adam Rippon is Kelly Rippon’s son. It was shortly after she journeyed with Adam to the winter Olympics to cheer him on that she was approached for a book deal.

"So, there were about ten days after the Olympics where he did interviews just about every day," said Kelly Rippon. "And then he just started talking about his family life and that he had five siblings. And that surprised a lot of people because most people assumed he was an only child because they would see me with him a lot. So they didn't understand, you know, how I could actually be in six places at once."

But this mom from Clarks Summit stresses, raising her six kids took a village in Lackawanna County. Friends and family always pitched in.

It’s one of the many things Kelly explores in her new book: “Parent Up: Inspire Your Child To Be Their Best Self.”

A mix of community teamwork that Kelly credits for helping all of her kids reach their potential, including her son Adam, best known to our area for winning a bronze medal in figuring skating during the 2018 Winter Olympics in Pyeongchang. So many interviews and so many questions to Adam about his mom, who seemed to everywhere for everyone.

"And they said now, I guess after an Olympic medal and a durable trophy that's going to promote you to her favorite. And he said, 'don't think so. She's getting on a red-eye tonight to go to my brother's graduation from Columbia.' So that was kind of a funny joke. And the kids have always supported each other," added Kelly.

Agents eventually reached out, and two years later, Kelly pulled off her first book. In it are many personal stories from our area of raising her four boys and two girls.

"Each of them require different attention. Each of them had different needs. So for me, to suggest how someone else should raise their child is really inappropriate. What I did was I I put some, you know, ideas out there so that people could develop their own methodology. We make so many mistakes and we really cannot go forward until we stop beating yourself up over them," said Kelly.

“Parent Up” also touches on the teenage years of Kelly’s kids, something she walks readers through more in-depth as almost "adult practice." A time really to let your kids explore their passions, whether it’s in performing arts or athletics.

"I'm sure as a mom with an Olympic athlete in her family, you probably have gotten a question before. How do you know as a parent when your child is a champion?" Ryan asked Kelly.

She said, "You know what? They'll tell you! Because what parent in their right that (want to) physically wake their child up at four or five o'clock in the morning, bundle up in 10-degree weather, go to a 30-degree rink and sit there for hours, you know, balance their other family members and their job and put hundreds of thousands of dollars into something that their child doesn't want to do. So they will tell you, you know, if you are forcibly shaking your kid to, like, get out of bed to go to the rink or the or the gym or the track or the pool, they're really not that into it. And why put the pressure on yourself? Why put the pressure on your child. So I would say, like, if you think your child has ability, they will set the pace, and then people will tell you, you know, there are a lot of people that will say, 'oh, your child has a lot of talent.' Talent is fantastic. But work ethic, showing up and actually putting in the practice hours, trumps talent every day."

And Kelly had a lot more to share about her new book, which goes well beyond parenting. She also hopes managers in all sorts of companies read it as well as she explores different leadership styles that she found to be successful in the many corporate environments she’s visited as a trainer and speaker.

The mother/son team are gearing up for a virtual event aimed at supporting small libraries. The ticketed event happens on December 12.

It's a way to "Celebrate the Holidays" with Kelly and Adam.

Check Out The Full Interview With Kelly in Ryan's Podcast

Listen to the entire, unedited interview with Kelly and learn more about her new book, "Parent Up," in the podcast below.