We are honoring and giving a shout out to our area's housekeepers in this Reasons To Smile segment. Some are calling them the "hidden heroes" of the pandemic. 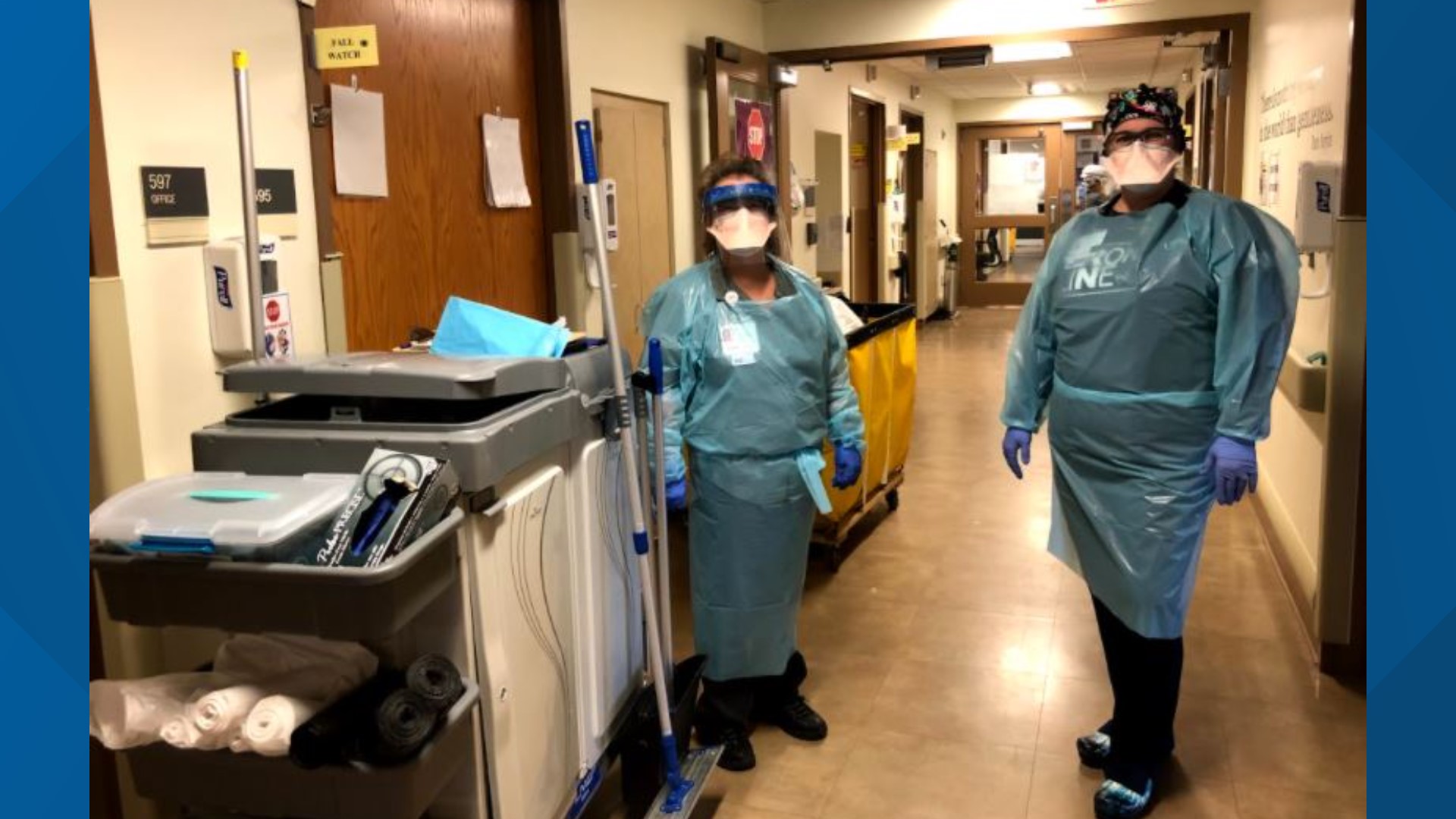 WILLIAMSPORT, Pa. — They’re people in our area who are providing a lot more than just life-saving sanitation. They’re helping to warm hearts and spread smiles.

"I've been here thirty-two years. It became real busy when we became the COVID area," said Lori Morse, a Housekeeper at UPMC Williamsport.

Lori Morse, like housekeepers everywhere, is among the countless frontline workers who haven’t slowed down since the pandemic ramped up last March. But it’s more than just the work she does at UPMC Williamsport that her colleagues say makes her so special during these tough times.

"I see Lori quite frequently, and I can tell you I absolutely love her," said Alexandra Winther, an RN at UPMC Williamsport. "I have the biggest smile on my face when I see her in the morning, knowing that my patients are in great hands."

"I've known Lori for almost 11 years now," added Amanda Raymond, an RN at UPMC Williamsport. "But  I guess one of those things is that just like Lori, there are several people in different departments who work here and make things happen that nobody realizes when you are working. They’re making things happen."

Like the nonstop cleaning of the COVID-19 unit at UPMC Williamsport to protect patients and the professionals caring for them in Lycoming County.

"It's not just to go in (and get out), and it's not just real quick. There is so much stuff that goes into it, and the time that it takes is unreal," explained Raymond.

That includes the time it takes Lori just to suit up to sanitize.

"I wear a shield, a gown, gloves, and the N-95 mask. Then, I double glove every time I go into a room. You just make sure you do everything, like the bedrails, the bedside tables to the call bells, and their bathroom. And we do the floor every day," Morse said.

For this wife and mother from the Williamsport area dubbed the “COVID Cleaning Queen," her housekeeping role has gone well beyond tidying up. Morse has been there for many of the patients when their families couldn’t visit if they were too sick.

"It's having a connection in a conversation. Sometimes we get thank you cards sent back from families and patients  we cared for. And they include ‘we appreciate the housekeepers,'" added Raymond. "They came in and treated us like a person and not just came in, did their business, and left. So, that speaks volumes."

Morse said, "I like caring for the patients and talk to them. I get to really know them."

"A lot of housekeepers really don't know how appreciated they are," added Winther.

Raymond added, "We wouldn't be here without them (housekeepers)."

Even though the vaccine has become a bright spot during these dark times, things at this hospital in central Pennsylvania are busier now than they were many months ago.

"It's full, and it's very stressful. It's emotional not just for the patients but for the staff as well. We have a lot of wins, and there are losses as well. And sometimes, it's hard not to take that home. Some days are better than others, but we all lean on one another," said Raymond. "I mean, we I count on Lori, and I tell her every day that she comes back from having a day off, and I'm like, please don't take another day. She's so valuable. And I know when she's not there, and somebody will say the same thing about us, but like, we're all the same team."

A team that’s continuing to save as many lives as possible in our area. It's all thanks to a foundation of safety built by housekeepers. They are people who are just some of the hidden heroes bringing help, hope, and a friendly smile during such a stressful time.