Donations of change: Children’s hospitals once again accepting items to brighten the day of sick kids

The small donations could make a big impact right now for sick kids in the hospital. 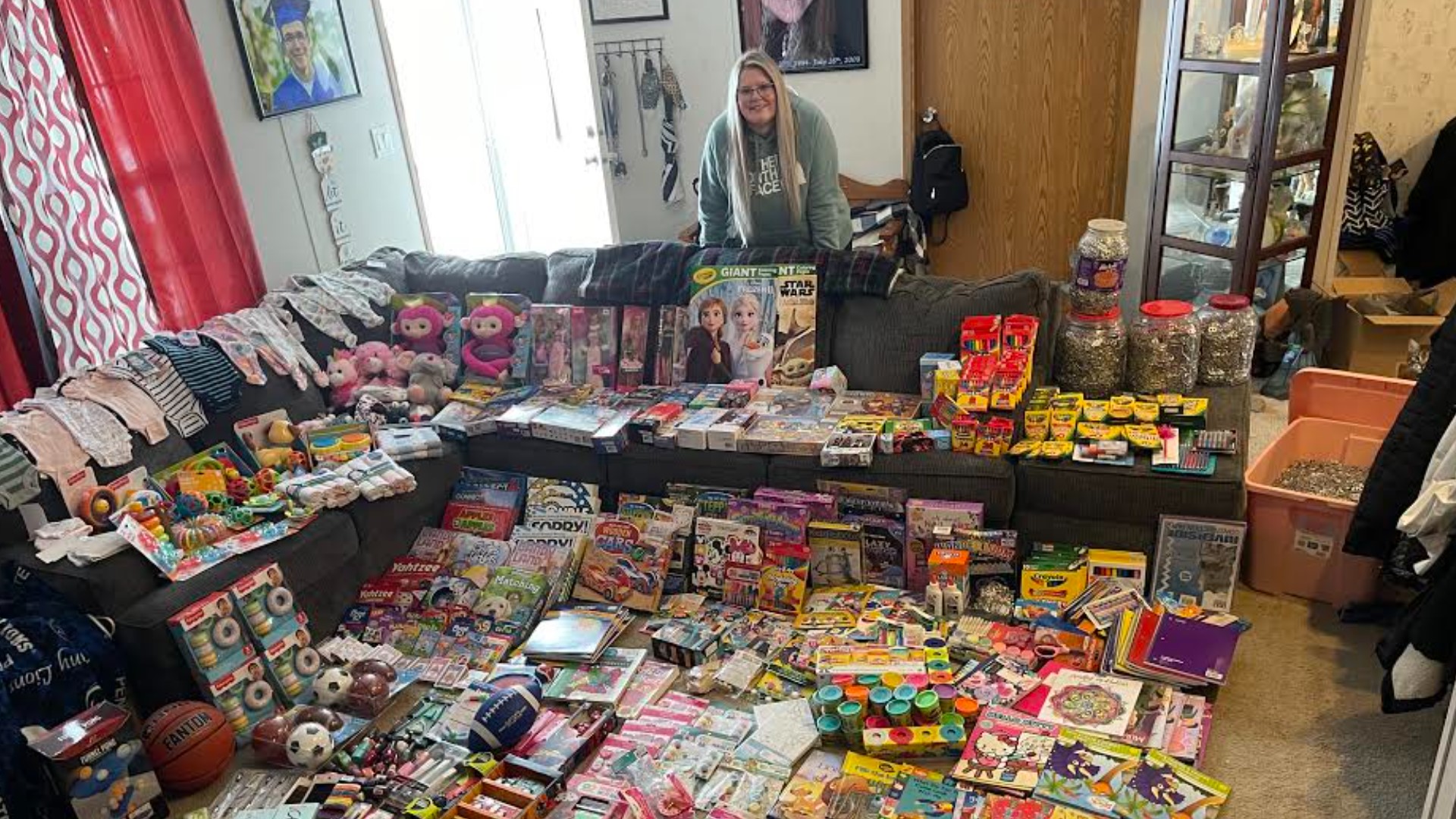 MONTOUR COUNTY, Pa. — There were a lot of things that came to a screeching halt over the past year when COVID hit. That includes important donations that often brighten the day of sick kids in area hospitals.

But things are changing, and you can help. It’s what Newswatch 16’s Ryan Leckey tackled on Thursday.

Things like coloring books, stuffed animals, and even Legos are things so many kids might take for granted that they have around their homes.

But when you’re stuck in a hospital for weeks on end, they’re a really big deal.

When so much of the world shut down one year ago, small items that make a big impact on sick kids stopped coming into Geisinger’s Janet Weis Children’s Hospital near Danville.

"When the pandemic hit last March, we took a big hold on accepting any sort of donations, toy donations, all that fun stuff for the kids," Allison Naumann, from Janet Weis Children's Hospital, said.

But now things are looking up!

"We're excited to say that just about two weeks ago, we've been given the OK to finally accept some fabric and stuffed animals again," Naumann said. "So we're really excited to have those restrictions kind of lifted off our shoulders."

Monetary donations also help, which allows the Child Life Services staff at Geisinger to purchase more of these items on their wish list in case you can’t donate in person.

But if you’re up for buying and delivering these items to give, appointments are required. You can call 570-271-6461.

"We definitely have a need that we didn't necessarily have before. So we definitely missed a lot of our donors," Naumann said.

In addition to celebrating the fact that people can now donate again to brighten a little one’s day, the Child Life Department at Geisinger is also celebrating its 40th anniversary.

"We advocate for those kiddos and those families to feel comfortable and safe in this environment," Rose Lauck said. "Our job is to remind kids it's not that scary."

Lauck also talked about what the anniversary means.

'We have kiddos who are from accidents, whether it's being outside and playing, sledding accidents, and anything from a kid comes to the hospital. Forty years of child life means everything to Janet Weis," Lauck said.

And whether it’s Janet Weis or another children’s hospital that may have helped someone you know, similar donations are needed just about everywhere.

For Tiffaney Jarrett of Clinton County, she did her own collection recently in Mill Hall to donate to Penn State Children’s Hospital in Hershey. All in memory of her sister.

"Her name was Courtney. She passed away of leukemia when she was 15. She was a cheerleader; she was a very friendly person. She got along with everyone; she cared about everyone. So it's kind of nice to donate because I know that if she was here, she would. That's something she would be doing with caring for other people and helping other people out because that's what she always did," Jarrett said. "I think it's really nice to give back."

Newswatch 16's Ryan Leckey asked Jarrett what she thought her sister might say if she saw the collection.

"I would hope she would say that she was proud of me and that she would have loved to help me out with it," Jarrett said.

Again, both Penn State Children’s Hospital in Hershey and Geisinger’s Janet Weis do require people to schedule an appointment to donate in person.