Nonprofits in central Pennsylvania are getting a helping hand this week as part of a massive online fundraising campaign called "Raise the Region." 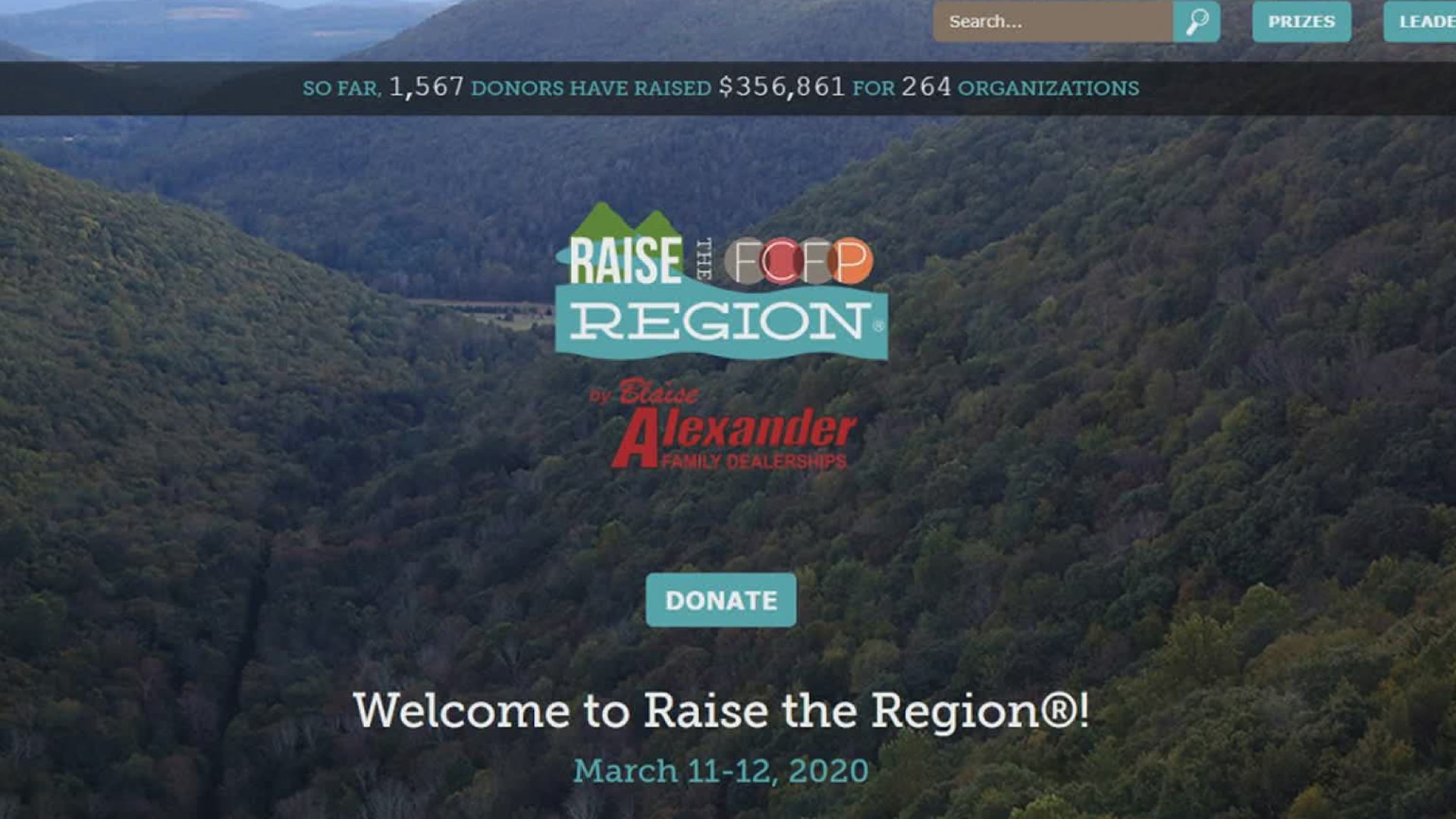 Dozens are rallying in central Pennsylvania for one of our area's largest online fundraisers.

It's called "Raise The Region."

Raise the Region is a 30-hour online fundraising campaign that runs from 6 p.m. on March 11 through midnight on March 12, 2020.

Many of the organizations supported by the event are based in Columbia, Lycoming, Montour, Northumberland, Snyder and Union Counties.

To learn more about Raise the Region, view the participating nonprofits, and to donate, click here!

WNEP-TV is a proud media sponsor of Raise the Region.

Raise the Region is organized by the First Community Foundation Partnership of Pennsylvania (FCFP).