All out Halloween decorating during pandemic causing sales to soar

Home décor is hot right now as many start scaring up some fun weeks before Halloween. 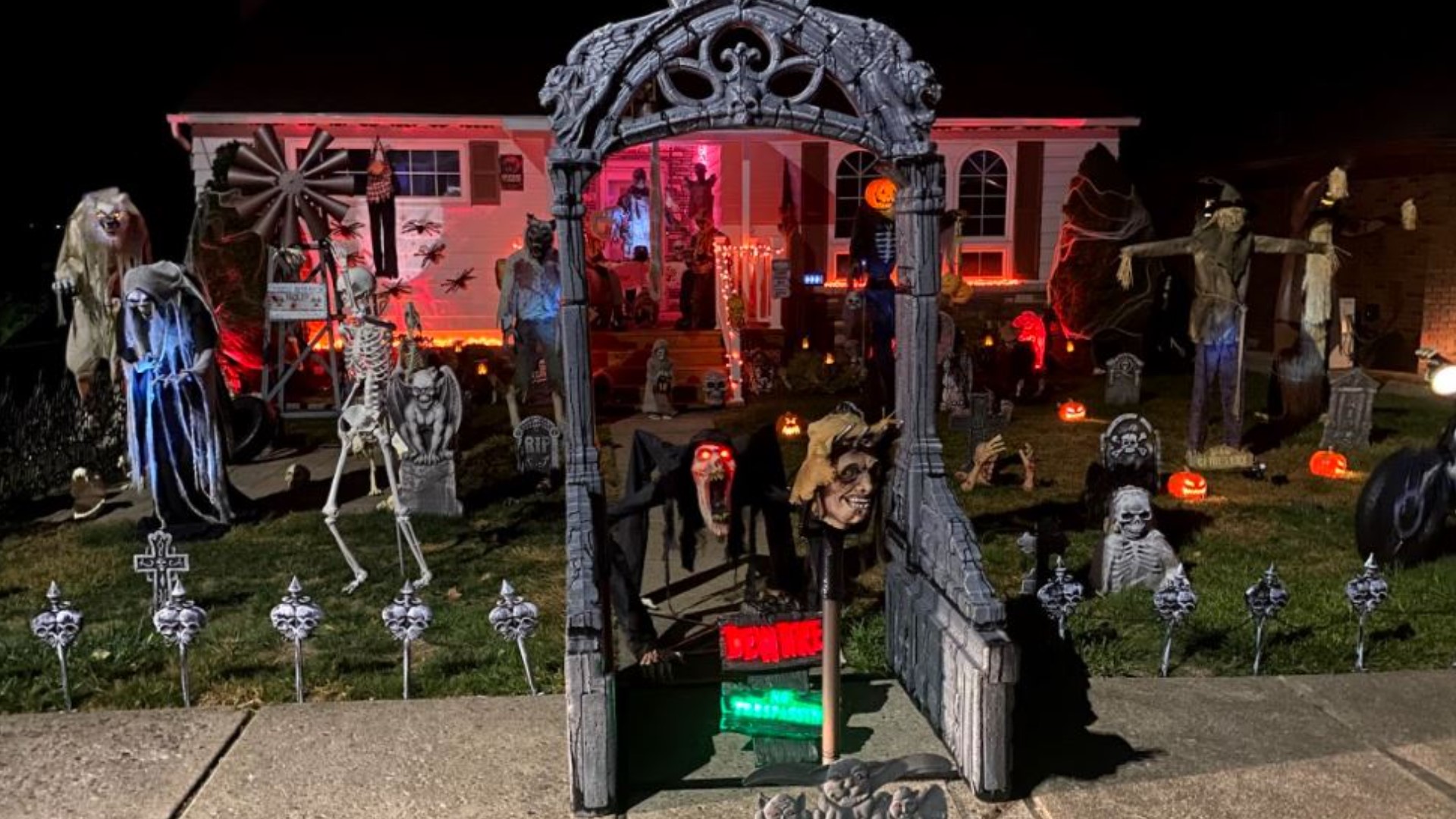 From creating spooktacular displays for Halloween to just livening up the landscaping, many area stores have seen a boom in business since the pandemic began.

On Thursday, Newswatch 16's Ryan Leckey spotlighted the soaring sales and shared some creative, outdoor fall ideas you could tackle around your home with help from Corky's Garden Path in Justus, Lackawanna County.

Owner Cory Kashuba says it feels like it's been one of the busiest years in a decade for people looking to improve their outdoor living spaces.

"We've seen a huge increase in customers looking to deck out their homes for the season and start or expand their vegetable gardens. And now in the fall, a number of people have been coming in to buy bulbs for tulips and daffodils, just to name a few, in order to plant them now for the Spring," Kashuba said.

The soaring sales also include a lot of home décor, including people decking out their houses for the upcoming holidays such as Halloween.

The Spooktacular Scene in Scranton

One neighborhood in Scranton's Hill section has put the "happy" in Halloween. Neighbors Joe Pacifico and Jesse Kasper are basically the "Clark Griswolds" of this Lackawanna County community.

The display at 1020 and 1029 Ridge Avenue in Scranton is so popular, the pair of neighbors actually created this public Facebook group. People can join to see more on their attraction, which is also quite bright around Christmas.

Joe and Jesse started decking out their yards in September to create a scary, fun display for all to enjoy now as we get closer to Halloween.

It's filled with goblins galore and quite a collection of creepy characters.

”Yeah, I definitely went a little above this year," said Joe Pacifico.

Jesse and Joe have been going all out with their holiday decorations for about six years now.

Lit up is putting it mildly. These two Ridge Avenue neighbors really brighten up the whole neighborhood.

”Our block, we have more people joining in now. So it's starting to make the whole block look nice." Jesse said.

”What does your electric bill look like in October versus July?” Ryan asked.

”The electric bill? I let my wife take care of that. I don't really look at that too much," Jesse said, laughing.

So, why spend all that time and money decorating for the holidays?

”Halloween has been going on for, I can't even tell you how long, but forever and Christmas, too. And they're both festive times of the year. They're exciting, and they're energetic, and they make people feel good about themselves," Joe said.