The wait is finally over: hunting licenses are available Monday. And this year, hunters will see a few new regulations. 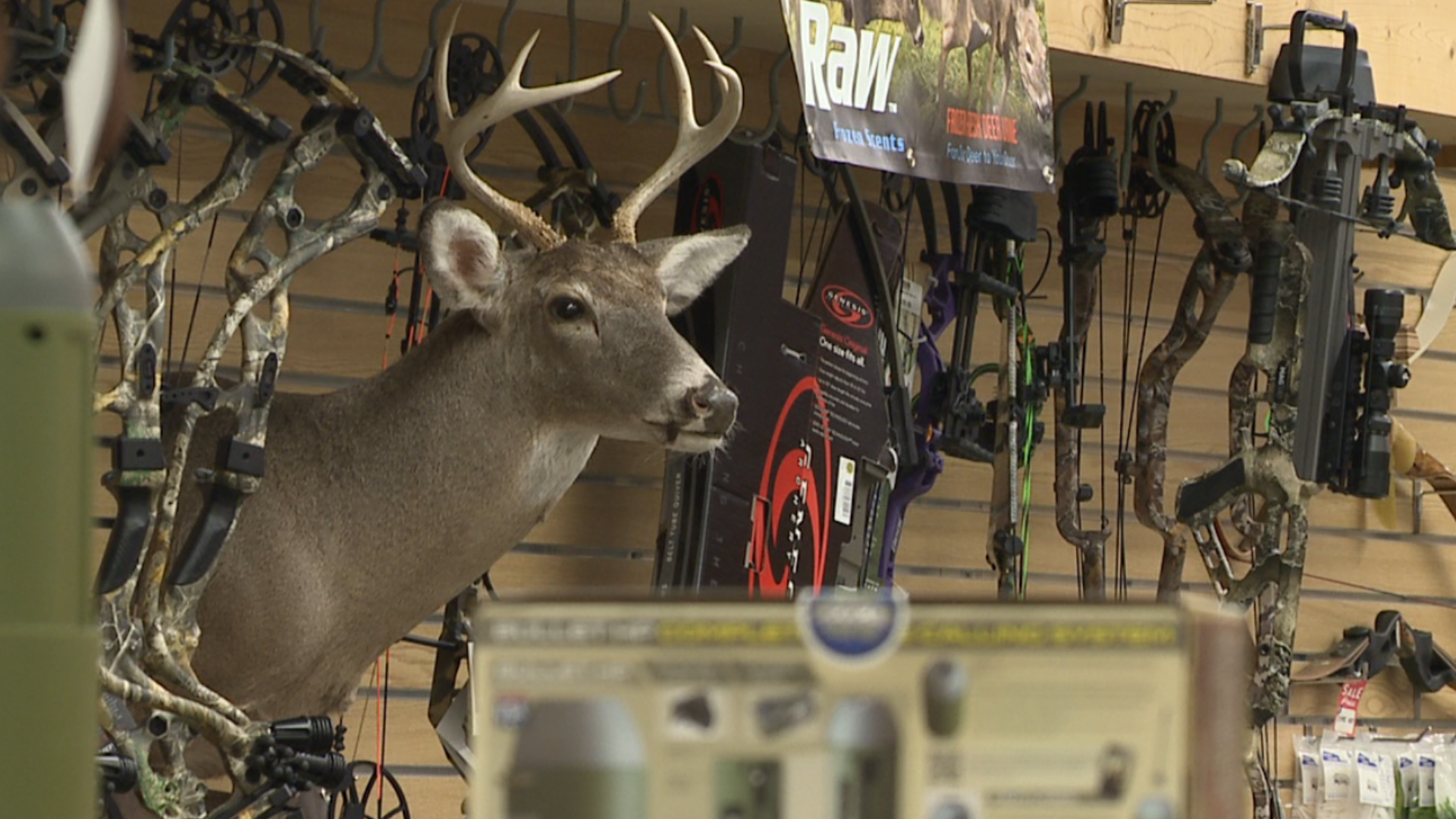 "You'll receive the application on your hunting license,” she could be heard saying, “and then that you will fill out.”

Gaba says she's been taking a lot of calls like that since May.

As the store’s assistant manager, she's been telling many hunters they have to wait – but on Monday that wait is finally over. That’s when hunters can get their general hunting and fur taker licenses for the 2021-22 year.

But this year, you'll see a few changes in regulations:

"The amount of doe tags that hunters are able to get starting this year, it's up to six,” Gaba said.

Gaba says hunters can now harvest up to six does in the year: that’s up from 3 does in previous years.

"So I think hunters are going to be very excited about that opportunity this year,” Gaba said, “that's one big change.”

Jeremy Breiner says he wasn’t aware of the new rule, but his limit is typically around two doe tags anyway.

"I'll probably get either two or three, that's enough,” he said.

And while Breiner says that new regulation probably won't affect him, another might: Pennsylvania Game Commission says this year you can hunt antlerless deer for the entire two weeks of firearms deer season – instead of just one of those weeks, as in previous years.

"When you're hunting,” Breiner said, “if you're in that first week, and you can only shoot buck, if you see a doe, well, you're like, that kind of stinks. ‘Cuz you can't do nothing about it."

Hunters say it's a big deal, considering the buck-to-doe ratio.

"I would say there's a better opportunity of seeing does than seeing a buck for sure,” Breiner said.

Andrew McCloughan has been hunting for 50 years. He says he prefers to hunt bucks over does, partly because it’s more of a challenge.

While general hunting licenses go on sale Monday, you still have to wait until July 12 to submit your antlerless deer application.

Here are all the modifications for the 2021-22 season. The new license year starts July 1. Happy hunting!