TAMAQUA, Pa. — A young man is looking to make a personal difference in the community he grew up in which he is now serving as mayor. Nathan Gerace, 20, to... 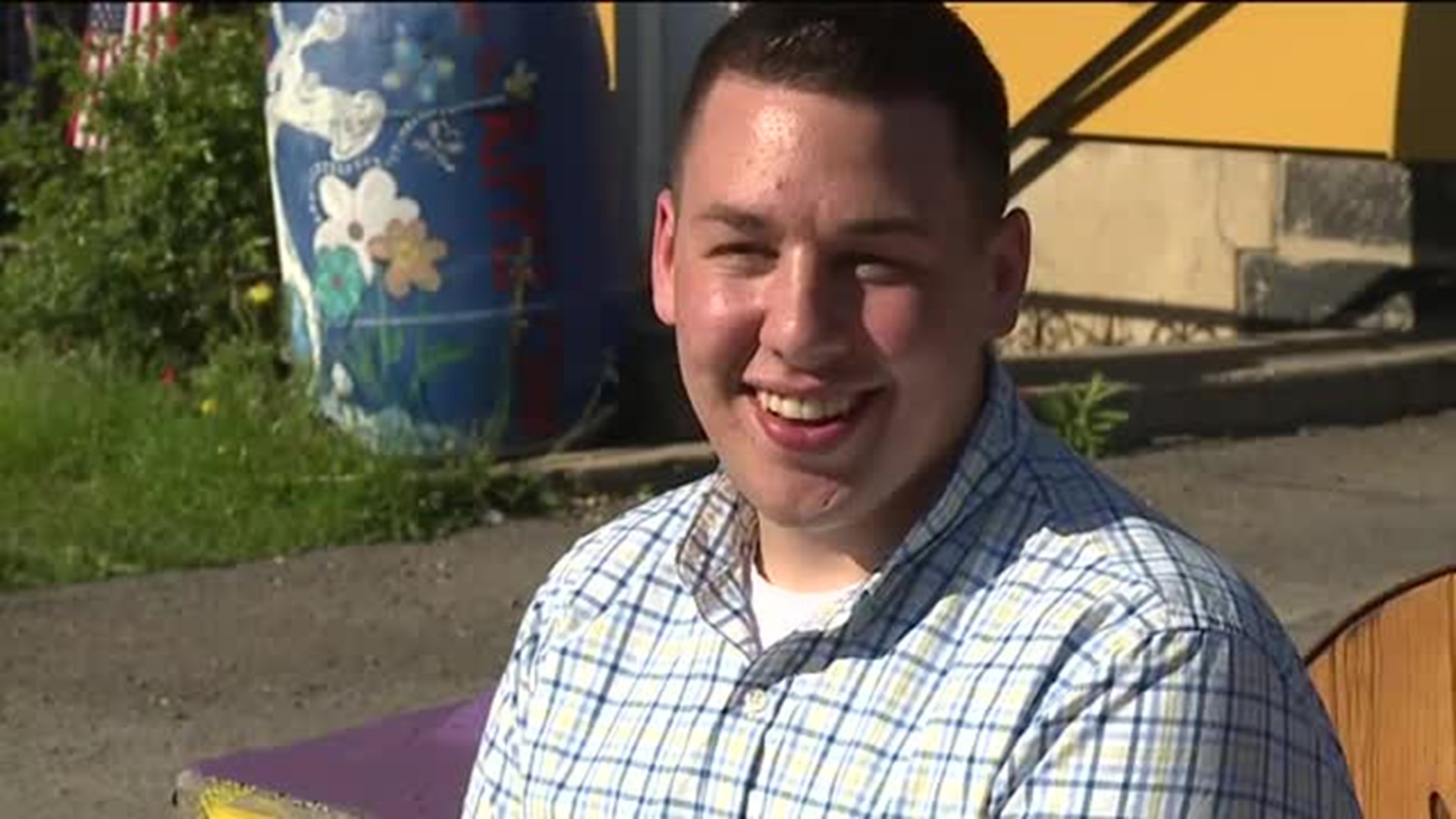 TAMAQUA, Pa. -- A young man is looking to make a personal difference in the community he grew up in which he is now serving as mayor.

Nathan Gerace, 20, took office in January in Tamaqua and since then he's made an effort to brighten up the borough.

The mayor says he wanted to hear from residents on ways to improve Tamaqua and offered up time for people to share thoughts.

“To kind of get involved with the community, to have them come out and tell me what they're looking for in the town,” said Gerace. “It's really important for feedback from them so I can kind of understand what steps they want to start taking, in the direction.”

The now 20-year-old mayor was elected last November and he jumped right into the job.

Gerace teamed up with the arts center after it launched a campaign to boost the downtown.

Since then, artworks have popped up in the downtown.

Now the third part, talking to people about what they'd like to see.

“You have somebody like the art center, whose out there, whose building, putting art in the community,” said Gerace. “You have a lot of the borough employees that are helping out with this, you have a lot of different art going up.”

“His ideas are very realistic, very open-minded and it's a refreshing air to see somebody so open minded with community and so involved to be able to come in especially at a young age,” said Tamaqua resident Hiram Quintana.

As Tamaqua is preparing to observe Memorial Day, many of the displays in the downtown have been patriotic, including the 91 wreaths set to honor Tamaqua's fallen heroes at the borough Depot Square Park.

And with this being Tamaqua's 150th anniversary marking Memorial Day, Memorial Day events were scheduled all through May.

“We have the Cressona band that will be performing at our east end playground and we have fireworks over Tamaqua,” said Rega.

The day's events will end after a bell ringing for each of Tamaqua's 91 fallen heroes.