Sounding Off in Scranton School District: Crowd Calls for No Layoffs

SCRANTON — The auditorium at South Scranton Intermediate School was packed Monday night for a special hearing as one by one, parents, teachers and student... 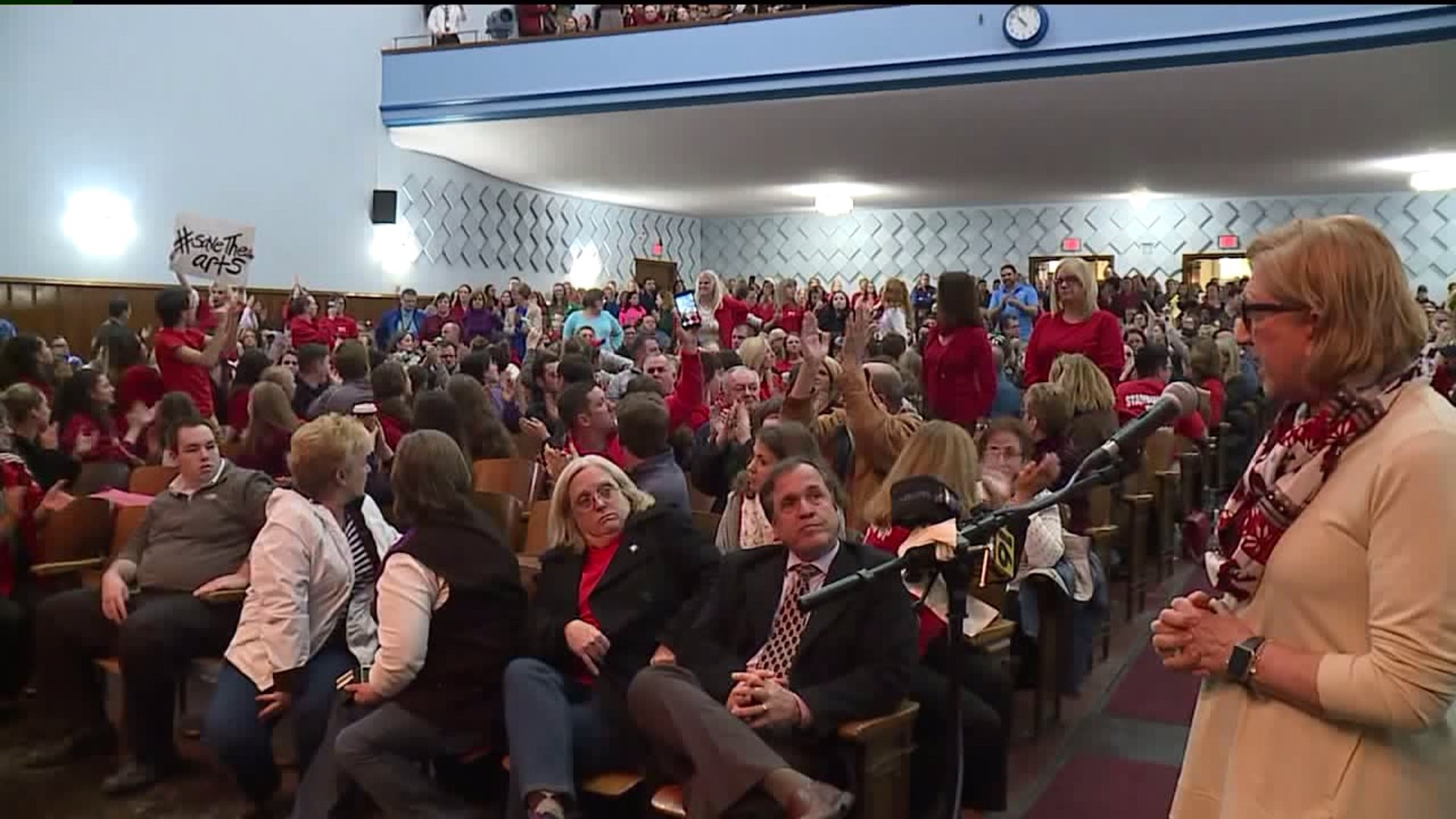 SCRANTON -- The auditorium at South Scranton Intermediate School was packed Monday night for a special hearing as one by one, parents, teachers and students called on the school board to avoid layoffs at all costs.

"With all due respect, our students did not create this unsustainable debt,” said Scranton teacher Suzanne Furey.

The clock is ticking. The Scranton School District needs a budget by the end of the year. Facing a nearly $19 million deficit, board members say tough choices have to be made.

The board is considering a plan to lay off 89 educators, mostly art, music, physical education, family and consumer science, and industrial arts teachers, librarians, and 10 special education teachers.

Judy Laske has four special needs children in the district.

If the plan is approved, schedules will change for all students in the district and general education teachers will have to teach those special subjects.

"I don't think it's really the best educational system to ask me to teach those subjects and get rid of the people that are highly qualified, and love those subjects and are passionate and motivated,” said Scranton teacher Patrick Festa.

The plan also calls for eliminating German and Latin at the high school level.

At one point in the evening, a woman began to yell from the balcony about providing opportunities to minority students in the district.

As the hearing went on in the school auditorium, students played instruments in the hallway. They said they want to make noise about the importance of music teachers and programs.

"Music can develop in anyone. You can see our huge variety of children and the huge variety of races, just for music,” said Nadia Haroun Mahdavi, of the Scranton High School Orchestra.

The head of the Scranton teachers union says union members have no confidence in the plan or the district superintendent, and they will fight the proposal.

"You're talking about jobs, so let's see who you are talking about,” said Rosemary Boland as she called for all Scranton teachers to stand up before the board.

Even if the proposal is approved, the board would still need to bridge a more than $6 million deficit.